Valentina Colonna is an Italian poetess and piano composer. She was born in Turin in 1990 in a family of musicians. She published poetry books Dimenticato suono (Manni, 2010) and La cadenza sospesa (Aragno, 2015). She stood out in several poetry competitions and in July 2014 she was presented as an emerging poet by Davide Rondoni who also dedicated an episode of In which way the world goes (a poetry program aired on RTV San Marino) to her and Giorgio Caproni. Since 2016 she has been promoted by Versopolis – where poetry lives, a European poetry platform supported by the Creative Europe program of the European Union.

In 2017 her poetry debuted abroad in Austria, Germany and Spain. She is translated to German by Francesco Micieli and Ruth Karzel. She was presented as an Italian poet at Literatur & Wein Festival in Krems (Vienna – Austria) and at Hausacher LeseLenz Festival (Germany), with publications such as Wo Lyrik Zuhause ist. Valentina Colonna (Aramo Editions, Vienna) and Gedichte. Poems. Wo Lyrik Zuhause ist. Where poetry lives  (Leselenz, 2017). Her poems were published also in Germany in Ostra-gehege (n.86-2017) and will be published in Orte in Switzerland in 2018.

Spanish composers Fran Barajas and Martí Carreras wrote music to her texts that was played by the ensemble “Cadenze sospese” (in honor of her book) in Barcelona at the Reial Académia de Belles Arts “Sant Jordi”. Also, Centro Cultural Tina Modotti of Caracas is interested in her poetry.

Besides, her poems are translated to Polish and English by Pawel Sakowski.

Her lyrics appeared on Versopolis “The European Review of Poetry, Books and Culture” and also in La Stampa, Italian magazines, music scores, CDs, anthologies and literary sites. She has been reviewed by several national newspapers, including Corriere della Sera and Avvenire, and also by Vatican Radio and Classic Radio.

In 2013 she graduated with honors in Ancient Literature from the University of Turin, where she gained a master’s degree in Linguistics with honors and was recommended for publication in 2017, with an experimental thesis in phonetics entitled “Prosody of Congedo del viaggiatore cerimonioso. Comparative analysis of twelve readings”. She is working on her Ph.D. in Digital Humanities (Linguistics, Applied Linguistics and Onomastic curriculum) at the University of Genoa and University of Turin. She is dedicated to phonetics and her research project is focused on the prosody of Italian poetry, she is also working on the creation of a vocal archive.

After gaining her Master’s degree in Piano in 2011 with Luciana Bigazzi and specialization with Ramin Bahrami and Paul Badura-Skoda, Valentina focused on the Baroque repertoire: she studied Harpsichord with Béatrice Martin and Luca Guglielmi at the Escola Superior de Música de Catalunya (ESMUC) of Barcelona (Spain). In June 2014, with her final concert of solo harpsichord at L’Auditori of Barcelona and with her thesis about the rhetoric Bach sarabandes BWV 825-BWV 827, she earned her Master’s Degree in interpretation of the ancient music, at the Universitat Autònoma de Barcelona (UAB) and Escola Superior de Música de Catalunya (ESMUC). Her thesis were published in the Catalan Recercat.

Now she is devoted to piano composition and she performs her new concert projects with her piano music and poetry.

She is a piano teacher in various educational projects. She also sometimes writes about poetry and music for ClanDestino and L’unione monregalese, where she curates Poetical resonances, a section on the music of poetry. 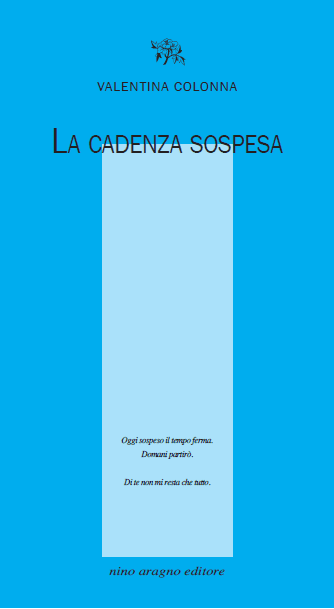